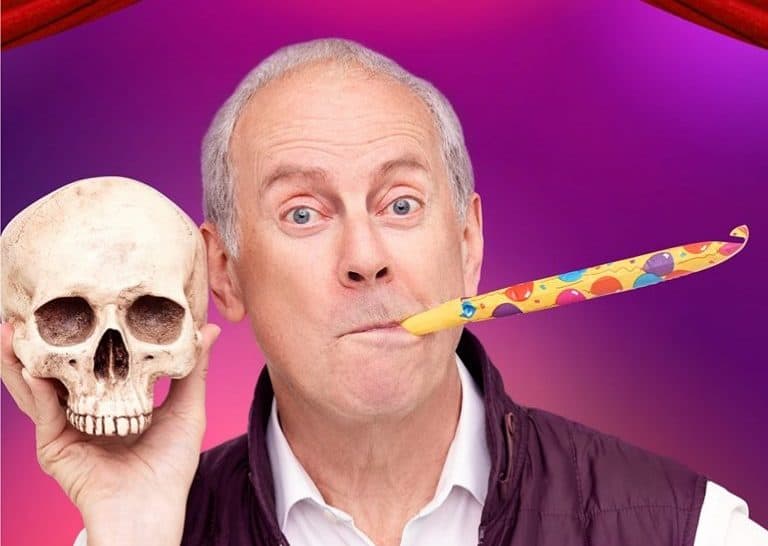 A new season of comedy kicks off at Launceston Town Hall featuring….

Join Ed as he takes a long hard look at himself and tries to decide if he has ANY traits that are worth passing on to his children.  A TV household name, in the past year Ed has appeared on Live At The Apollo (Host, BBC), Mock The Week (BBC), The Pilgrimage (BBC), Top Gear (BBC), and QI (BBC).

The host of Whose Line Is It Anyway, Loose Ends and Talks Back takes to the road with his much-anticipated first-ever solo tour, in a one-man show guaranteed to be funnier than Shakespeare’s greatest tragedy.

After experimenting with a Zoom gig where he got muted by 639 people and a Drive-in gig where Omid witnessed an audience member get out his car, attach a hosepipe to his exhaust and feed it through the window; multi-award-winning comedian and actor Omid Djalili is now where he belongs, on a stage and bringing back the Good Times.

Get ready to go on an exciting pre-historic adventure as Ben talks you through the deadliest predators that ever roamed the planet.  Yes, dinosaurs such as Tyrannosaurus rex, Allosaurus, and Spinosaurus would have walked or swam right where you are now!

Pitting the knowledge of unwitting parents against their all-knowing kids, Dr Ben presents an interactive, educational, and highly entertaining show using film footage from the BBC’s ‘Planet Dinosaur’.  So come and test your knowledge against Dr Ben in this hit live interactive show which is bigger and better than ever.

They say all political careers end in tears. In Brandreth’s case, it’s tears of laughter as the actor, author, ex-MP, One Show reporter, and QI, Have I Got News For You, and Countdown star is back on tour with his new show celebrating all things theatrical.   Without hesitation or repetition (and just a touch of deviation), Just a Minute regular Gyles delivers a dazzling evening of wit, wisdom, high drama, low comedy, and hilarious name-dropping.

Rich Hall’s comedy/music locomotive keeps on rollin’. Ever-evolving, ever-changing, Rich’s combination of keen acerbic stand-up combined with spit and sawdust alt-country lyricism is a “win-win” (GUARDIAN), as sold-out crowds across the UK have attested. Fans keep returning because this show goes where other comedians wouldn’t dare: Barrow-in-Furness for example.