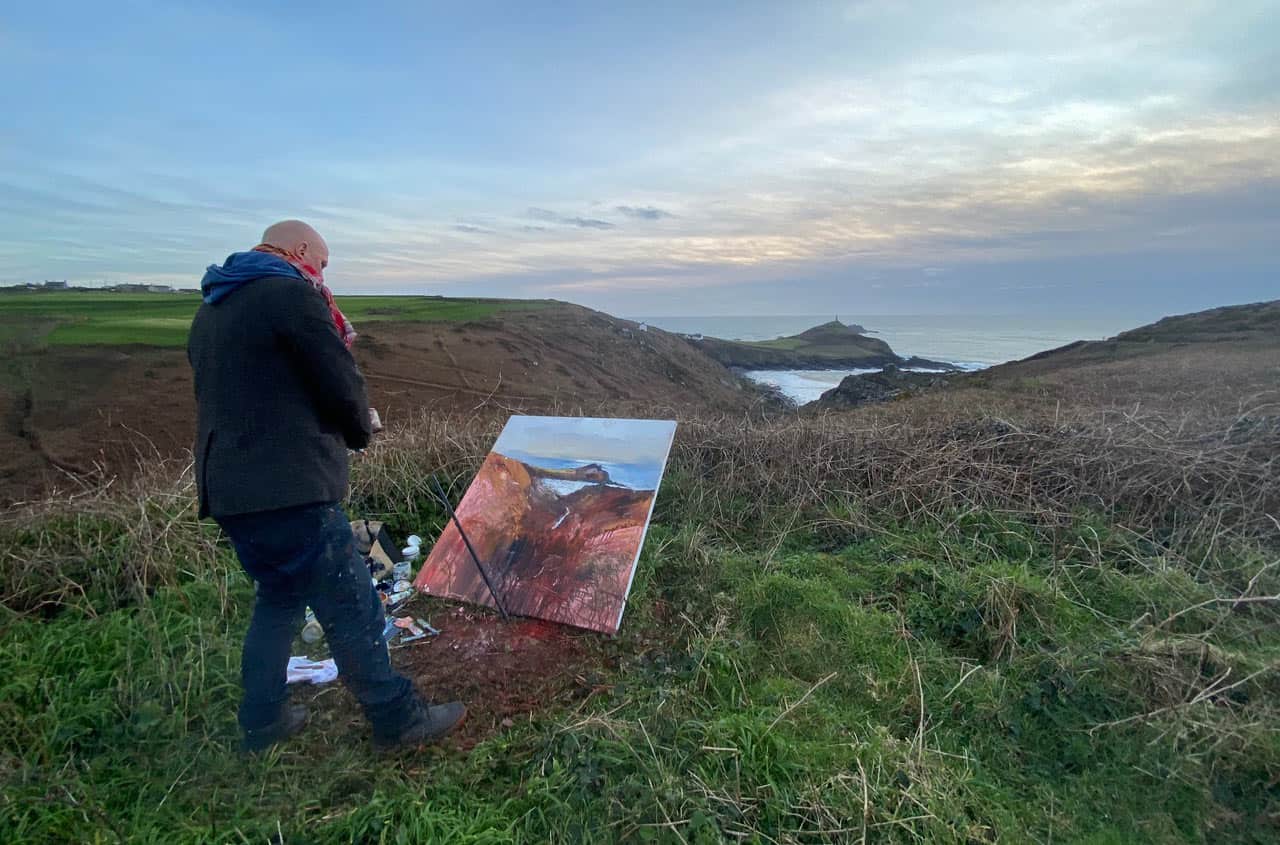 It may be only just over 2 miles by half a mile but for a small area this watercourse and her valley encompasses some of the most iconic landscape, wildlife and heritage sites Cornwall can offer.

St Just is the most westerly town in Britain, it is on the edge, faraway, ‘isolated’; archetypically Cornish and distinct in its identity, geography and heritage. It has two valleys, one on either side: Cot and Kenidjack; Cot is the tamer of the two, Kenidjack is the wilder and less accessible.

In 2017, Kurt Jackson showed with great acclaim a body of work based on Cot Valley, now it is the turn for Kenidjack.

Although he has painted this valley on and off for over 30 years; this time he chose to focus on the valley with fresh eyes, spending over three years to really explore, re-engage and immerse himself through the seasons from top to tail of this extraordinary watercourse.

Now this ‘almost-most’ westerly valley is seen buried beneath rare snows, vanishing into twilight, in spate, sunset, rainfall and scorched by the summer’s heat. A beautiful place whatever the season. Captured and celebrated by Kurt Jackson.

Lockdown made us look anew at our local areas. We could exercise but only as far as ‘around the block’; we saw our own localities with fresh eyes, special in their own right and given the chance they revealed their natural wonders to us. For Kurt Jackson in far West Cornwall, around the block meant a walk into and along Kenidjack Valley, tracing the stream down to the sea and then up and along the cliffs and home.

Kenidjack is one of those special places that needs no real detailed analysis for it to be seen as a powerful location-spilling over with its natural treasures and dramatic topography. It wears its past on its sleeve, blatantly displaying her heritage and signs of past enterprises and providing a home to a plethora of wildlife. It can be brooding, dark or floodlit and basking, extremes that come with the geographical and topographical setting.