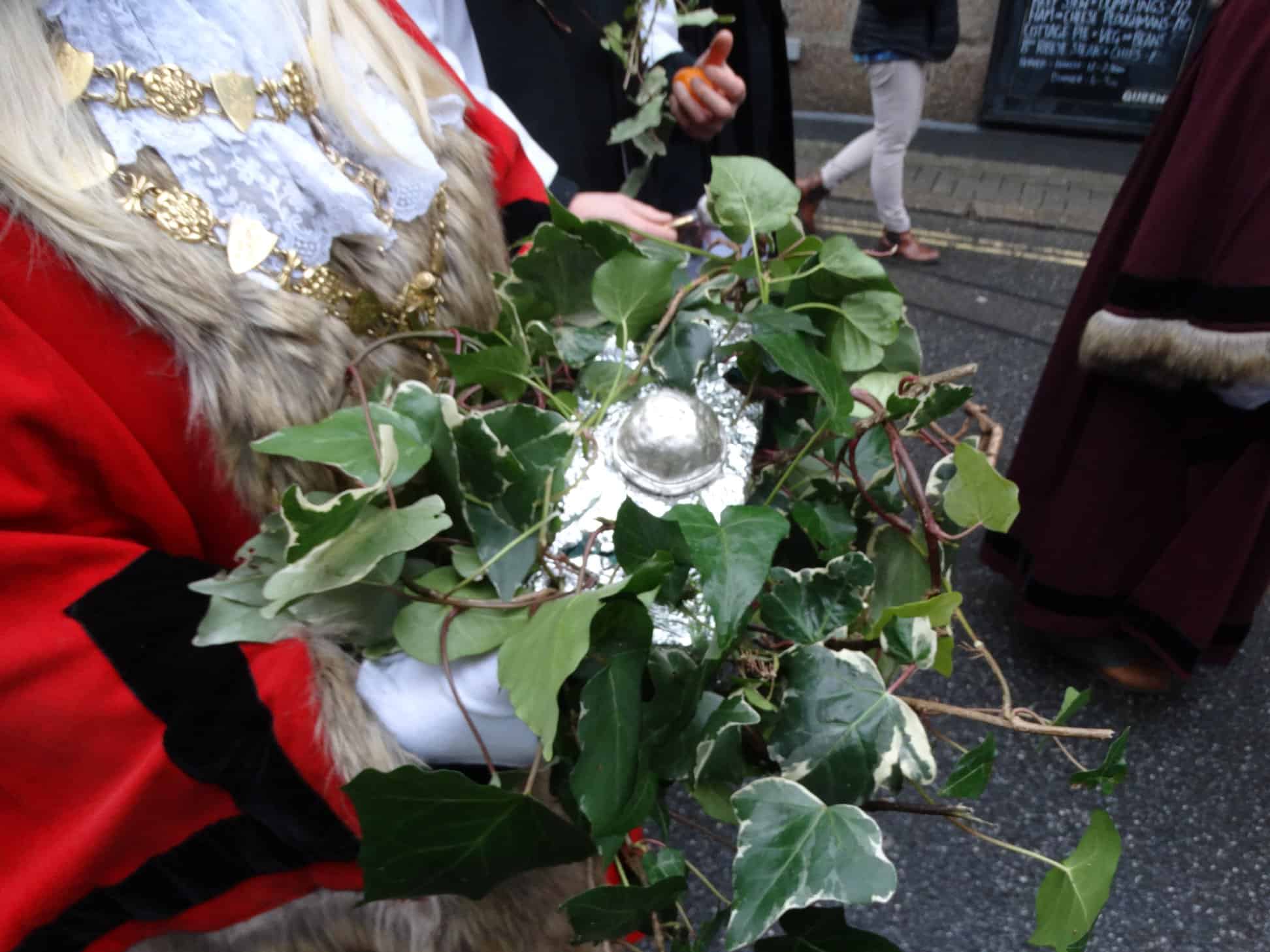 
What’s it all about?

The St Ives Feast is an ancient tradition that celebrates the anniversary of the consecration of the Parish Church of St Eia in 1434 AD and offers a rare chance to watch the game of Hurling the Silver Ball, a centuries-old form of rugby.

It all starts off with the mayor’s civic procession for the blessing at St Ia Well near Porthmeor Beach followed by the start of the boisterous hurling of the silver ball when participants attempt to win the ball off each other around the town. Whoever returns the ball to the mayor on the steps of St Ives Guildhall on the stroke of midday receives a silver coin. In the afternoon, pennies are proffered from the balcony by town councilors to the waiting children on the Guildhall forecourt.

How can you take part?

Hurling the Silver Ball is one of Cornwall’s oldest customs dating back at least a thousand years. Of unknown origin, the game involves much physical rough and tumble as each side (traditionally the ‘countrymen’ and ‘townsmen’ of a particular parish) tries to keep possession of a cricket ball-sized ball made of applewood coated in silver. These days, Cornish Hurling has all but disappeared, although it is still played once a year in St Ives and St Columb Major, near Newquay.