The Minack in Spring 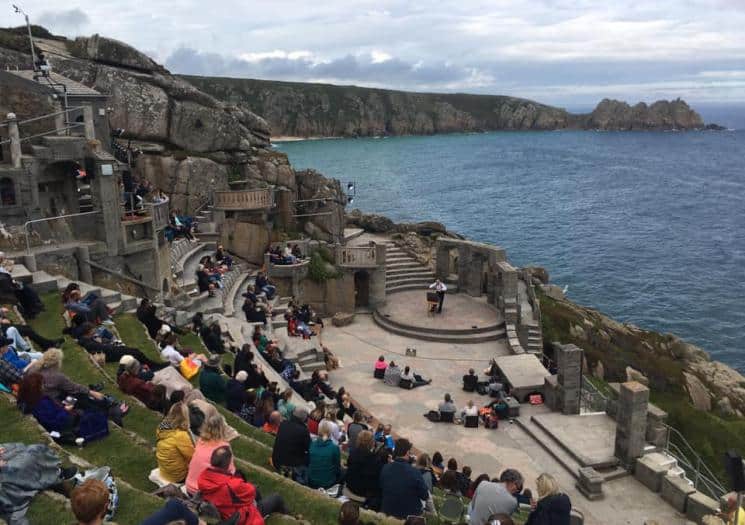 The 2022 season at the Minack kicks off…

The Kiss That Missed: Dates in February and April

Three Cornish brothers are in a bit of bother.  All three are on the edge of meltdown, and to cap it all, Daddy’s corpse is lying upstairs waiting to be buried, if only they could afford the funeral. There’s only one hope left, they must find the legendary Lost Dutchman’s gold mine on Superstition Mountain, trouble is it’s in Arizona!

Hetty Feather hates her cruel life at the Foundling Hospital and longs to find her true mother.  Only her courage and imagination give her the strength to keep her hopes alive. But when she encounters the glamourous, flame-haired circus performer, Madame Adeline, her dreams become dangerously entangled with the perils that lurk in the real world.

Mixing passionate theatrics with an Urban Gypsy sound. Ben and Zaid Al-Rikabi are inviting some of the leading string players from all over the southwest to join them on stage – not to mention some special guests! Featuring artisan flavours and world grooves, the People’s String Foundation encompass a grassroots philosophy, working with the community to promote local music and arts as well as touring the Festival and Theatre circuits.

SWIM is a tender tale based on a true story about outdoor swimming and how it can keep friends afloat. Filled with humour and heart, and features live music and projections.

For more details of all performances please visit the Minack website.