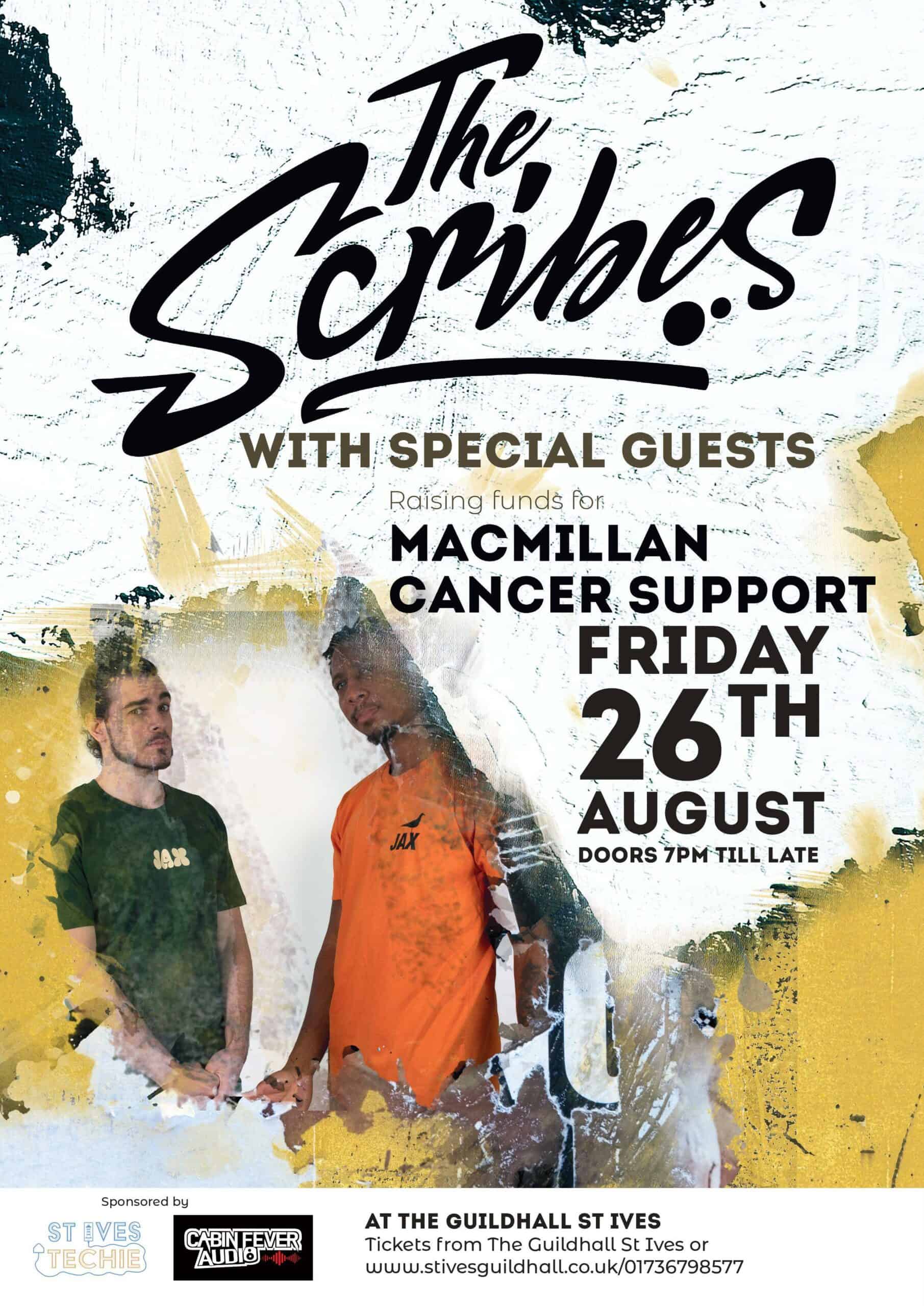 The Scribes are a multi award winning hip hop act whose unique blend of beatboxing, off the cuff freestyling, spoken word, crowd participation and genre-spanning music has created a critically acclaimed live show quite unlike any other on the scene today, with appeal ranging far beyond traditional hip hop fare.

The group have also provided original music for BBC and Channel 4 television, and are featured regularly on both national and local radio and media including BBC 1Xtra and BBC Radio 1 Introducing.The Scribes are hotly tipped as one to watch and have shared the stage with the likes of Macklemore, Rudimental, Nathan Dawe, Wu Tang Clan, Dizzee Rascal, Kelis, Rag N Bone Man, Example, Lethal Bizzle, The Wailers, Jurassic 5, Sugarhill Gang, KRS One, De La Soul, MF Doom, and Souls Of Mischief to name (drop) but a few, and are steadily establishing a growing following across the continent to add to their already significant fan base at home.

TICKETS CAN BE PURCHASED – HERE

“Music that’s bursting with colour and invention, The Scribes are set for big things” – BBC Introducing

“5/5 Outstanding rap. Witty, angry and bristling with invention and melody. The Scribes are something genuinely special” – Venue Magazine

“Genuinely memorable. The Scribes could be what UK hip hop’s looking for” – Hip Hop Connection Magazine

“So catchy it hurts. Welcome to the new dawn of music. Intelligent yet soulful whilst striking you dumb with sheer musicianship” – Jackson Cooper, Riviera FM

The Evening is sponsored by St Ives Techie LTD and Cabin Fever Audio.

This is evening is part of Hoby Allen’s Macmillan fundraiser – On the 3rd of September this year, members of the Cabin Fever Audio Crew past and present, along with any friends we’ve made along the way that fancy coming along for the journey will be hiking 26 miles across the Cornish coast to raise money for Macmillan Cancer support, a charity that has been close to our heart since we began nearly 10 years ago.