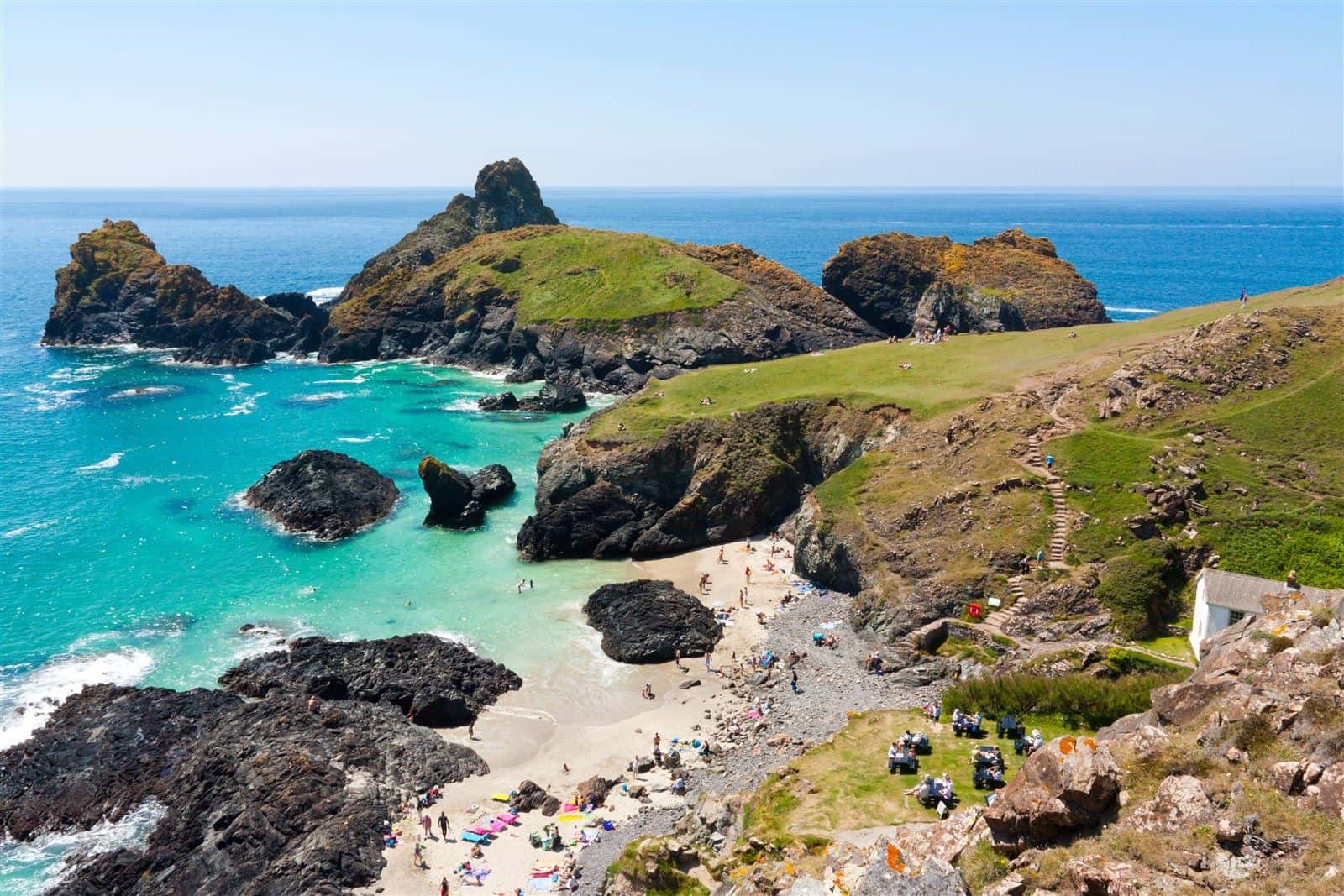 Even though Cornwall is one of the most popular tourist destinations in all of Europe receiving over 5 million tourists every year there are still a lot of people that don’t know a whole lot about Cornwell. It is actually a very interesting area that has a lot to offer, not just as a tourist area but as a place to really relax and let a slower pace of life influence you. Cornwall is on the southwestern tip of the United Kingdom and is basically a peninsula that is surrounded by ocean on three sides. The beaches in Cornwall are said to be some of the best beaches in all of the UK which is one of the ways it was able to gain its reputation as one of the world’s most popular tourist destinations.

Before becoming a tourist destination Cornwall was mostly known for tin mining which was the area’s main means of economy. Fishing was the second industry that people took part in due to the abundance of ocean and fish in the immediate area. Tin mining is not really operating so much in Cornwall these days but many people are still fishing just as they were hundreds of years ago. Tourism is now the biggest industry and makes up for 24% of the entire economy for Cornwall.

The UK is definitely not known for their great weather or climate but Cornwall is quite the opposite as they enjoy the mildest weather out of the all the different areas in the UK while having cooler summers as well. This means that people wanting to get out of rainy and gloomy London can pop down to Cornwall for a warm and sunny weekend on the beach. This contrast in weather is one of the main things making it a very popular destination for domestic English tourists.

Being quite a remote area some things like imports are not so easy in Cornwall although other things that you might expect to be difficult actually come very easily. For example even though residential broadband is less common in Cornwall, it is also the home to one of the world’s fastest high-speed transatlantic fiber optic cables which makes Cornwall an extremely important hub in Europe’s internet infrastructure.

Everyone in Cornwall speaks English although currently there is a revival of the Cornish language occurring in an attempt to keep it from becoming a dead language. The Cornish language can be seen on many bilingual signs around the county and a small minority of people are still able to speak it fluently but most young people in Cornwall will not be able to hold a conversation in Cornish.

The Cornish people enjoy their sports a great deal with most of the residents closely following the football and cricket matches with some even playing themselves. Rugby has for quite some time now been seen to have strong ties to Cornish culture and that could possibly be for the fact that another very physically aggressive sport, Cornish wrestling is very popular among Cornish people. Cornish wrestling is the county’s oldest sport and the traditions that Cornish wrestling has inspired has reached just about all corners of the western world.

The area of Cornwall is definitely an amazing place and it is very easy to see why it has become the popular tourist destination that it has. The laid back and friendly people and the amazing and beautiful landscape are what keep people coming back to Cornwall time and time again. Even though it is a bit remote it is still part of a first world country and is not that difficult to get to, especially if you are already in the United Kingdom. Most people that go to Cornwall say that they will end up visiting the area again. In fact, many celebrities visit Cornwell quite often and some famous chefs such as Jamie Oliver have opened restaurants in the area for the high number of guests that visit Cornwall every year. If you have never visited before there has never been a better time to go because you don’t know what you’re missing.

Our 10 Best Apartments to Rent in Cornwall

The Best Hotels in Cornwall

The Best Bed & Breakfasts in Cornwall

Click Here to Book Now With a peaceful setting in the Woodland Retreat resort in Cornwall, Jasmine Cottage is the kind of rural retreat from...

ABOUT US
Your guide to a perfect Cornish holiday. We hand-pick and research the best information to save you time and effort. We are your trusted guide. Please get in touch with any questions!
© 2020 Cornwall Holidays